Two things arrived in the post today, on the same day. (incidentally, one via FedEx, which was great, and one via UPS, which was dire – and gave my package to a stranger even though I was in the building WAITING for them to arrive).

Here they are, side by side:

The Oculus Rift DevKit 2 probably needs no introduction, but who’s its friend? That would be a Structure Sensor. Here we have:

The Sensor is being advertised mostly for Architects and high-end Furniture Designers, to scan/model/tweak real-world objects faster, but … if we put them together:

…then it gets exciting. Now we have:

i.e. an Oculus Rift game where you can walk around the room, because you can see the objects, walls, etc. The Structure guys did a limited example of this scanning only your hands (which in itself is a huge leap forwards for the Rift! No more controller-hell!) – see this picture. I’m sure it’s a lot of work to get that working nicely, but it’s the potential here that I found interesting.

But you’re not seeing them on a camera – these are coming in true 3D, so I can paint them in software as anything I want. Something like this, perhaps? 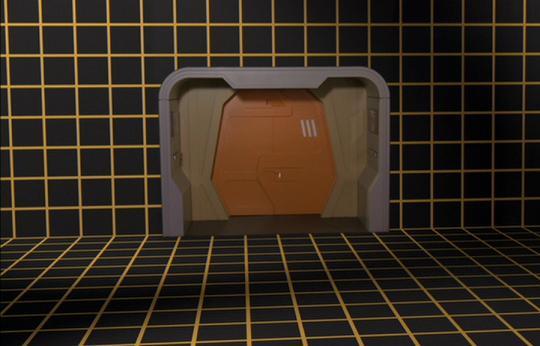 Back to the real world…

Sadly, despite announcing Mac support in April, Oculus so far has only made their DK2 run on Windows. And my Windows machine just died. And Apple won’t allow my Mac to run Windows8 (it’s probably a rearguard action to prevent you from going to the Dark Side (of Gates), I expect).

So, there’s nothing I can do with this kit right now. Not until I can earn some money and buy a Windows PC (sadly: powerful one needed to drive the DK2 hi-res screens) – a serious backfiring of Apple’s “strategy” there. But if they’re going to shaft the consumer, they probably deserve what they get :).

As part of our super top secret new startup we’ve been making some educational games, and for fun (in my spare time) […]

The author of Advanced Inspector gave me a free copy over Christmas. I’d considered it many times, and always ended up choosing […]

(this is a simplified, but complete, version of the “Entity System 1: Java/Android”) NB: this post is part of the community effort […]

I just ran into a 2004 piece of FREE software that I wanted to use, but can’t, because of poor choices by […]